Have you ever thought about how we become who we are? Why we think differently than others, why we do things we do without thorough consideration, why we automatically say the things we say and don't really believe them? In the technical world we call it programming. You simply write code to create the outcome you envision. In the world of human development we call it programming. We program our children to think the way we want them to think. Their thought patterns produce what they will believe and do. That's it! Got it? So how are our kids being programmed in public schools? Want to know: just look at what our children believe and achieve. For the past seventy five years we have witnessed this progression of government education as follows:

Progressivism begets evolution (so called science), evolution begets atheism (no God), no God begets humanism (no special plan or purpose by God for individuals), humanism begets relativism, relativism begets no absolutes, no absolute standards beget the divinity of man (in their eyes), man decides right and wrong as he or she sees it which produces social chaos, social chaos creates war for power (and domination by men over men just as the animals we have evolved into, the evolutionaries taught us to begin with).

We are watching our world in the USA (August 2020) reveal what materials our schools are programming our children with by the hate, fires, looting, violence, and murder. This is where you are supposed to argue with me. Not my kids! I hope and pray you are right, but here are the programs that began with the influence John Dewey, noted by many as the father of progressive education. His emphasis on additionally programming children with social philosophies rather than strictly reading, writing and arithmetic as the main purpose of public education, has proven deadly. Here is what John Dewey believed about God:

...Keep using the word God, but mean something else — not a supernatural being, but community, ideals, whatever it was that made people want to strive to be their best. That, he said, is “God.”

The progressive influence grew into what we experience today as modern education and the fruit of the progressive seeds planted in the innocent minds of our youth prove destructive at all levels. Public (government) schools have failed to effectively educate our children. Studies show that 42% of public high school graduates are functionally illiterate. They also indoctrinate children to believe in relativism, feminism, multiculturalism, socialism, evolution, relative morality, sexual promiscuity, that God is irrelevant and that the religion of Secular Humanism holds the best hope for mankind. They indoctrinate children as young as 6 into accepting homosexuality as a normal alternative lifestyle, and 3,500 schools have homosexual clubs. Government schools have become much worse than they were in 1983 when the National Commission on Excellence in Education issued their study which stated, “If a foreign power were responsible for the state of education in America we would have considered it an act of war.” We must face the fact that schools are devastating our children spiritually, morally and academically by a godless ideology taught to them on a daily basis. Schools now are training camps for atheists, killing fields for our children, and a cancer eating at the soul of America. Public education’s intent is to sever our nation from its Christian moorings by instilling in children an anti-Christian worldview so that when they become adults serving in the courts, the government, the news media, the entertainment industry, and even in our churches, they will have an anti-Christian worldview. This process of programming has proven so successful that researcher, George Barna www.barna.org reports that only 9% of Christians have a biblical worldview.

By the time children reach the age of 13 our youth have developed the worldview and the relationship with Christ they will probably have throughout their life: good or bad. The Council on Family Life reports that 88% of children who attend government schools leave the church, and most never return. Would you put your child on a plane that only had a 10% chance of landing safely? Note, however, that 93% of home schooled children accept Christ as their Lord and Savior. We must educate and disciple our children before their hearts are hardened, but 2 hours in church does not make up for 35 hours/week in a government school. Children are our most precious possession, and Christians need to provide a Christian education for children either by homeschooling or enrolling them in a truly Christian school.

America is no longer a Christian nation because we have been treating symptoms rather than the cause of the problems, which is the public school system. Most Christians are totally unaware of the toxic effects public schools have upon children and continue to spend time, energy and money in the hopeless task of working to improve them, and give excuses why we should continue to sacrifice our children.

Martin Luther said, “There is nothing which will more surely earn hell for a man than the improper training of his children.” Scripture says, “Fear not them which kill the body, but are able to kill the soul…” Matthew 10:28 In Deuteronomy 6:4-9 God COMMANDS parents to raise children in the nurture and admonition of the Lord. Dr. Bruce Shortt, author of, “The Harsh Truth About Public Schools” asks, “If you have placed your children, God’s gift to you, under the authority of pagans and the godless during their most vulnerable and impressionable years, do you truly expect to be told at the end of your race, Well done, good and faithful servant?”

If we continue to do what we’ve been doing and not address this issue, there will be no hope of reclaiming the nation as our founders envisioned. Is your church responding to this need? If not, why not? At the very least pastors have the responsibility to inform the congregation of the devastating spiritual impact which the public school system is having upon your children and the nation. Churches can establish a One Room Christian School for almost no cost. Doing this will save children’s souls, and help save the nation. If we do not address this issue, within 12 years the American church will become as irrelevant as it is in Europe. Please share this information with your pastor.

If you believed that I’ve exaggerated, I challenge you to view YouTube video’s by Duke Pesta or Alex Newman or visit these web sites:

Wake up America, especially pastors, who believe in the supernatural God we trust. Share the truth about creation vs. evolution and its effect on your children.

For FREE information on “How To Give Your Child A Superior Education” email ard2141@gmail.com 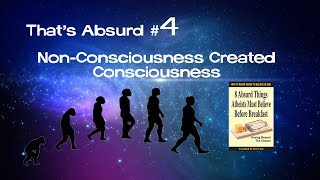